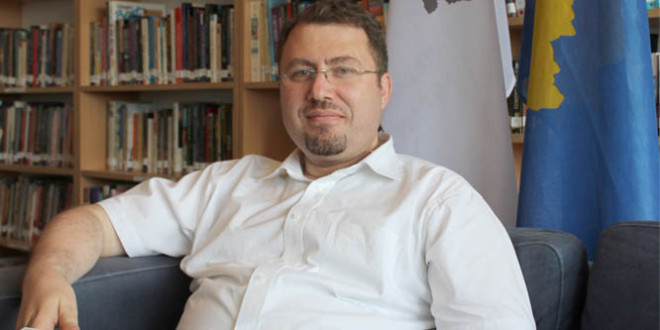 Driton Krasniqi was born in 1975 in Peja. Pastor Driton is married to Halide Krasniqi and together they have three children.

He finished his elementary and secondary education in Prishtina, Kosova. In 1997 graduated in Biblical studies with International Bible Training Institute in Great Britain. In 2004 Pastor Krasniqi pursued undergraduate studies in Theology with University of Wales in Bangor of Great Britain. In 2007 successfully defended his dissertation on the topic of History of Protestantism in Kosovo since 18th century for the degree Master of Theology (MTh). He is a candidate for doctorate degree in Christian Ministry with the School of Antioch in Iowa, USA.

1997 – 2007 served as minister with the “Fellowship of the Lord’s People” church in Prishtina. 2007 and 2011 served on the Council of Ministers of Kosova Protestant Evangelical Church. 2011 was elected the President of the KPEC and in 2014 was re-affirmed in his position for the second term. 2008 until now he is a minister of the Gospel in the Church of the Lord Jesus in Gjakova. Since 2018 he leads the Scripture Union Kosova – international Christian organisation. 2010 – 2014 has lead international NGO “World Vision International” in Kosova. During same time he helped the founding process and for next two years has served on the Board of Kosova Coalition of NGO’s for Child Protection (KOMF).

He holds ministerial credentials with the Assemblies of God in Great Britain. Krasniqi’s contribution for various charities is particularly important. 2000 co-founded the Kosovar – Finish partnership “House of Hope Foundation”.

Since the year 2000 pastor Krasniqi has given a significant contribution to inter-faith dialogue and civil society activism. He brought the Kosovo Protestant community at the round table with all other heads of religious communities of Kosovo. He has presented the Kosova Protestant Community in countless local and international conferences and forums. He has given a significant contribution in the area of peace building between communities.

He has given important contribution also in writings for local newspapers and international magazines as well as in translation of various titles from English to Albanian language. His contributions are known in the international book publications “Kosovo” and “European Pentecostalism”, where he covered the chapter on the Balkans.

At the theological contribution, Pastor Krasniqi has lectured in his preferred subject of Homiletic and Church History. Continues to lecture on the role of the Protestant Reformation in Eastern Europe. It is worth noting his expertise in the area of advocacy.

In addition to his mother tongue Albanian, he also speaks Serbian and communicates in German.